Airtightness: On the Path to High Performance

Dr. John Straube is a highly regarded building science expert, well-known for his research, his consulting work, and his leadership as an educator. He is a Principal at RDH Building Science and a faculty member at the University of Waterloo. This past year, Dr. Straube discussed key building enclosure concepts (including moisture control, airtightness, and energy efficiency) as part of the DELTA® Academy Seminar Series. In a recent blog post, he spoke with us about vapor permeance and water-resistive barriers (WRB’s). Here, we get into some details about airtightness—and as Dr. Straube tells us, airtightness is all about the details.

A: I start a lot of building science presentations by going over the basic functions of the building enclosure. If you study how enclosures work, and how they can fail, you come to understand that there’s a hierarchy for ensuring performance: rain control is more critical than air control, and air control is more important than heat control. Vapor control comes last in that ranking.

Which is not to say that vapor can’t cause problems. It can. Specifically, the concern with vapor is that it will condense and turn into liquid water, somewhere where you don’t want water. But when that happens, it’s just as likely (actually, quite a bit more likely) to be caused by poor air control. To recap our conversation last time, vapor can diffuse through a material, and we can control that diffusion by making materials less vapor permeable. But vapor can also hitch a ride on any air that leaks through your assembly. So although we often think about airtightness as an energy efficiency thing, it also has to do with moisture-related durability. And actually, air leakage can carry considerably more water vapor through an assembly than diffusion.

Q: Durability is an important aspect of building performance. What about energy efficiency?

A: Airtightness of course can impact energy use by impacting the building’s heating and cooling requirements. How much you see this in your energy bill can depend on a number of factors, but the short version is that you can’t realistically design a high performance enclosure without worrying about airtightness. And if codes and standards continue to amp up their expectations, you won’t be able to design an “average” enclosure either. Higher levels of airtightness, often verified through testing, will increasingly be the new normal. Which is great because with increasing airtightness you reduce condensation at the same time as you save energy! You have to ventilate properly, of course.

But it’s also worth noting that energy savings and durability aren’t the only reasons to improve airtightness. When air leaks into or out of a building, the enclosure’s role as an environmental separator is compromised—the inside gets out or the outside gets in. That can lead to comfort complaints due to drafts, poor humidity control, dust, noise, and as poor indoor air quality. So you really have to think about airtightness as part of a whole building approach that considers all aspects of performance.

Q: That makes sense. Let’s talk a bit about how to reach those higher levels of airtightness. Assuming you have a membrane as part of your air barrier system, how important is the air permeance rating of that membrane?

A: So, there are usually three numbers given in specifications for an air barrier system on a building. The most important number is the overall building airtightness and that would be measured often with a number like 0.4 cfm per square foot of enclosure area at a pressure of 0.3 inches of water column. In metric terms that’s 2L per second per square meter at a pressure difference of seventy-five Pascals. That’s the important number that we’re trying to achieve. But specifications also will usually list that components like windows, doors, curtain walls that are inserted into the enclosure have an airtightness better than one-tenth of that. So 0.04 cfm in imperial units and 0.2L per second in metric units.

The third number that’s sometimes quoted is that the materials used to make the air barrier should have an air permeance that’s one-tenth of even the components, which means 0.004 cfm or in metric terms 0.02, but that number is actually not as important. Yes, we want a number that’s pretty low. But getting much tighter than that has almost no impact on the performance of the building that we’re actually trying to build. And it’s actually quite important to recognize that if you focus on the number for the material itself, you may be sacrificing other properties that really matter, such as the ability for it to stick to a dry or wet surface, or the ability for to be installed in hot or cold conditions. These are very practical needs and making a material that leaks less than 0.02L per second is not going to make any real difference to the performance of the building.

Table 1. Examples of relative airtightness specifications for a material, component, and building

For a video summary of the points discussed above, check out the video below where Dr. John Straube discusses the most important number given in specification for an air barrier system on a building:

Q: So then, the air permeance of individual materials is just one part of the picture. Aside from material selection, what other work needs to be done to ensure airtightness?

A: Right. Good question. The biggest part of actually getting an airtight building is not the materials, but the details and systems that you use to put it together as one piece. So air barrier materials are one part of it, but then we have to use tapes, sealants, and gaskets at all kinds of transitions and joints and penetrations—and detail those transitions, joints, and penetrations—so that we can get an airtight connection. Achieving airtightness in the square foot of the wall is actually the easy part and we can get materials that do that, but it’s dealing with those joints and laps and penetrations and screw holes—that’s what differentiates between a high-performance, good air barrier system and one that’s an also-ran.

For more insight, watch the below video as Dr. John Straube explains the vital role of system components:

Q: Anything else that’s important to think about?

A: Well, as I mentioned, every functional enclosure design needs to identify what is doing the water control, the air control, the thermal control, and the vapour (diffusion) control. Each control function has different requirements; hence, you must know what function each layer is serving to judge whether it will live up to performance expectations. A useful way to think about those different layers is the “Perfect Wall” concept.

The system providing air control typically includes a number of materials working together, and that overall air barrier system has a few criteria it needs to meet.

First off, it needs to be continuous, including across joints, around corners, etc. This is the most difficult and most important criterion. So things like having compatible, long-lasting tapes become important.

Secondly, the air barrier system must be strong, meaning that it can withstand wind and transfer that force to the structural system. Adhered membranes (liquid or sheet) have an advantage in terms of strength because there are no gaps between the membrane and the substrate for wind to get into.

Air barrier systems should also be stiff, either inherently (for example, airtight drywall) or by adhering to a stiff material (as with an adhered membrane over OSB sheathing). Finally, these systems should be durable, i.e., able to perform the air control function throughout their expected service life. Durability considerations should include ease of repair/replacement, as well as the ability to withstand stresses due to movement, temperature, etc.

Airtightness testing is an important tool in ensuring that all of this is in place. Some evidence suggests that just the requirement to test, even without a required target, can improve the airtightness that projects reach. Basically just having attention brought to airtightness, just getting people to think about it as a real measurable thing, can make a difference.

There’s a lot more to say about this, and lots of good resources out there. One starting point would be Graham Finch’s post on the DELTA Insights blog.

Q: Thanks for pointing that out! And thanks for sharing your thoughts today. As a closing thought, you’ve seen your share of design and construction problems over the years—what do you see as the biggest failure where airtightness is concerned?

A: Because airtightness is such a systems approach, and involves not just materials and joints but drawings and quality of trades in construction, I think the biggest challenge is to make sure that all parties communicate and understand what they’re doing. So from the design board, to the specification writers, to the people who are buying the product, to the constructors who are managing the product, to actually doing the test—test agencies who are making sure it’s tight—it’s that we have to make sure that those all are talking together, understanding what targets we’re trying to reach, why and how we’re trying to reach them. And that is sometimes lost as people strive to just hit a number target for the building or to meet a particular standard.

Watch below as Dr. John Straube discusses airtightness as a systems approach: 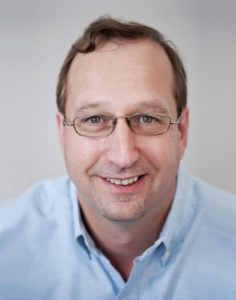 John Straube, Ph.D., P.Eng., is a Principal at RDH Building Science Inc., where he heads forensic investigations and leads research projects in the areas of low-energy building design, building enclosure performance, hydrothermal analysis, and field monitoring of wall assemblies. He is also a prolific writer and a noted public speaker.

In addition to his work with RDH, Dr. Straube is a cross-appointed faculty member in the School of Architecture and the Department of Civil and Environmental Engineering at the University of Waterloo. Dr. Straube’s leadership as a building scientist and an educator has been recognized with multiple awards, including the Lifetime Achievement Award in Building Science Education from the National Consortium of Housing Research Centers (NCHRC) and the Professional Leadership Award from the Northeast Sustainable Energy Association (NESEA). Get the full scope of Dr. Straube’s work, awards, and contributions to the industry over at RDH.