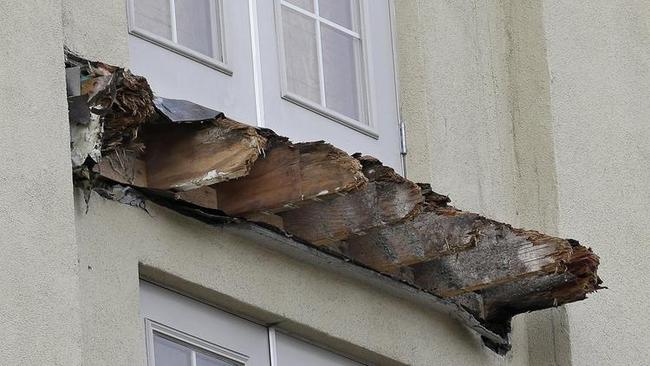 Balcony construction defects can be deadly, not just expensive.

Witness the tragedy in Berkeley, CA, on Tuesday morning, June 16, 2015, when six people were killed and seven severely injured when a fifth floor balcony they were standing on collapsed.

The balcony was found to be in violation of several construction codes and failed to meet state and local standards that should have provided sufficient waterproofing but instead was eaten through with dry rot, and malfunctioned.

Building experts in Alameda County reviewed photos and said the event was likely due to poor waterproofing methods that allowed excessive moisture to get into the wood. Because of this incident, two other balconies in the same apartment building were tagged as unsafe.

The contractor responsible for constructing the apartment complex, Segue Construction Inc., based in Pleasanton, Calif., has been charged with lawsuits for mold and moisture problems in multiple Bay Area counties — including San Mateo and Santa Clara counties — for damages caused by water seepage and penetration; however, Segue Construction settled in both cases.

In the prior incident, The Irvine Corp. hired Segue Construction in 2001 for work on The Pines apartments in San Jose. Then in 2009, Irvine found water damage in the apartment building, including on “elevated decks and windows, among other locations,” records show. The lawsuit also named contractors affiliated with Segue. The complaint alleged that Segue failed to build and properly waterproof the private balconies and stairwells in conformity with the contract and state regulations. Segue settled.

The city brought in some outside engineers who determined that there were clear signs that the beams supporting the deck had rotted due to water exposure and mold.

In most permitted construction, balconies for low-rise residential buildings are built with the joists that hold up the floor inside the apartment to come through the exterior wall to hold up the deck.

According to Gene St. Onge, an Oakland civil and structural engineer, he said the beams should have easily held the weight of that many people. Another possibility, according to Onge, was a lack of flashing underneath the door — a piece of angled sheet metal that diverts water draining down the stucco away from the wall.

A proven reason for the moisture infiltration is still undetermined. However, it is clear that the beams endured moisture damage either during the construction phase, or from improper moisture protection.

Segue Construction has been targeted in two lawsuits over alleged improper waterproofing of balconies that led to wood rot in the cities of Millbrae and San Jose. Public records show that Segue paid $3 million to resolve the lawsuit in San Jose. The company paid an additional $3.5 million in the Millbrae case, according the San Jose Mercury News newspaper.

Sam Singer, spokesman for Segue, spoke about the recent incident, and said the litigation had “no bearing on this tragedy” and they involved different types of balconies.

The city of Berkeley has no inspection requirements, and therefore does not review balconies or decks. Those inspections are supposed to be done by the building owner. That information is not kept on file with the city.

Not Just in Berkeley

According to reports in the New York Times, there have been other cases of balcony failures. At a UC Santa Barbara fraternity building, a second-floor balcony fell during a street festival celebration in April 2013 due to dry rot.

In San Francisco, one woman died and 14 others injured when a fourth-floor balcony collapsed during a cocktail party due to dry rot. Prosecutors said the landlord’s neglect of the building was so egregious that they brought manslaughter charges in the case, and a lawsuit resulted in $12 million in damages.

A question that has been asked repeated about the Berkeley balcony collapse: were there too many people on the deck for it to reasonably hold the weight? This is still unclear.