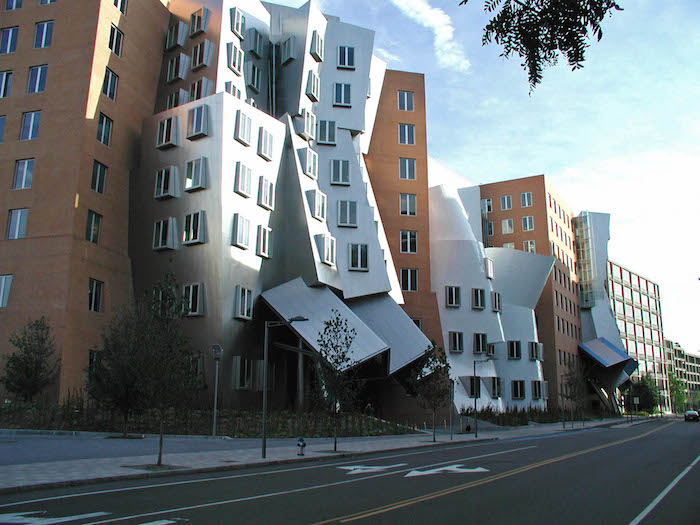 Even the most prestigious architects can get it wrong. In 2007, Massachusetts Institute of Technology (MIT) sued renowned architect, Frank Gehry, for design and construction defects in the $300 million dollar Stata Center on the MIT campus. Three years later, the lawsuit was resolved amicably, but the revelations regarding the failures are still instructive for architects and builders alike. The Stata Center houses the “Intelligence Sciences,” and their researchers seek to encourage intellectual and social interaction through design.

Soon after its opening, the building complex was showing signs of failed moisture control systems. Cracked masonry, poor drainage in and around the amphitheater, and persistent leaks were noted throughout. More insidiously, mold growth was reported on brick exterior elevations at various locations, indicating the presence of water lurking within them. There was a swell of criticism of the project from public and private corners. Gehry was accused of ignoring building practicalities in favor of whimsical design indulgences.

It was only after the suit was settled (the buildings were repaired but remained whimsical) that the brilliance of the design was acknowledged. Yes, the academic/social experiment did not appear successful immediately, but when the moist and moldy distractions were eliminated, previous critics apparently changed their tune and deemed the project a success. It did, indeed, encourage significant interaction among socially-active academics, in an (eventually) safe and dry environment.

Clearly, challenges presented by the creative design were not adequately addressed early on, particularly those involving moisture control. Innovative building design should be encouraged, but it can also affect the performance of traditional building materials, as it did with the Stata Center. In hindsight, troubleshooting potential design/materials issues with manufacturers and providers of those building systems should have happened in the earliest stages of the design phase, and not after completion of construction.

The debacle also stirred some thought in regard to the evolving state of the American building industry. While building codes remain the standard, innovation should always be encouraged, in conjunction with evolving science and public taste. Stretches in design concepts may require innovation in materials, or at least an upgrade to superior materials to support the newly-imagined structure.

According to Bloomberg’s James Russell: “[Buildings] must appropriately house our increasingly complex endeavors with sensitivity to energy, climate change and whatever else the future throws at us.”

For information about moisture control that is sensitive to energy, climate change and more, contact us.