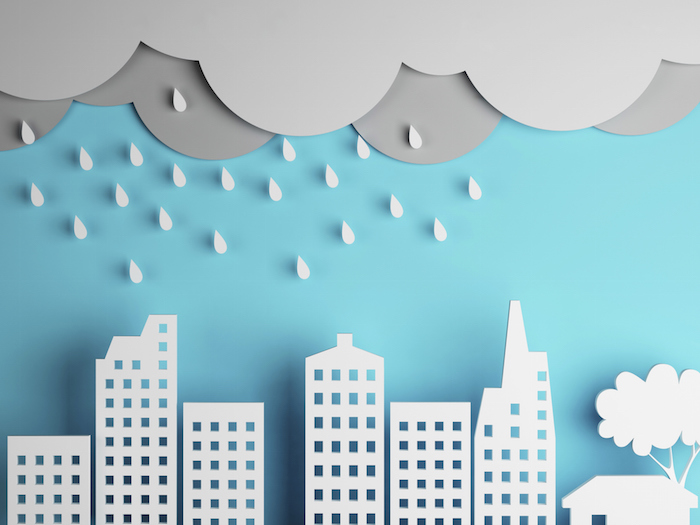 When it comes to wear and tear on buildings, people are often surprised by from where the highest costs come. According to the Whole Building Design Guide, as much as 80 percent of premature building wear expenses are related to moisture in some way. That’s why it’s important to install moisture control methods and to make sure that your building envelope is kept intact.

A building enclosure is the actual, physical layers between the uncontrolled, exterior environment and the internal, controlled environment. This includes an air control layer, a water control layer and a thermal control layer. The goal is to make sure that the enclosure provides separation so that the elements on the outside of a building don’t get inside that building. Examples include keeping hot air out of an air-conditioned building, making sure that rain doesn’t get into the walls and roof of a structure, and making sure that outside air doesn’t blow into a building and bring detritus or other pollutants with it.

If a building enclosure is set up properly and maintained well, then there won’t be errant moisture in the structure (or at least the moisture will be minimized). However, if there is a gap or an oversight then moisture will get into the envelope and start creating problems.

Moisture gets into buildings in a lot of different ways. It may be sucked in through porous materials, flow in as a liquid through gaps in cladding, condense within the wall when there are temperature differentials, or a dozen other ways. Engineers and architects are on one side of a huge chessboard, trying to take away the options for moisture getting into the building. By installing proper water and air barriers and ensuring that moisture can’t get inside, a building’s enclosure is preserved.

In the event that the enclosure is damaged and moisture moves freely, all sorts of problems can occur. Mold and mildew are some of the most common issues, but moisture can also cause damage to the building’s structure by rusting metal, rotting wood, and making a laundry list of repairs necessary. While keeping moisture out might seem expensive, the costs of not preserving that enclosure are significantly higher.

Controlling Moisture From The Beginning

It is very expensive to install moisture control measures after a building is complete: it’s much cheaper to do so at the time of initial construction. By putting the emphasis on air and vapor control as part of the design, rather than attempting a retrofit, the building will be much more secure against mold, mildew, and other problems, and there will be fewer problems and expenses down the road.

Dörken is a leading manufacturer of air and moisture membranes for commercial and residential construction sold under the DELTA® brand name. Dörken is known for delivering innovative premium quality products to the construction market. We back up our high performance DELTA® products with educational programs and full technical support.  To learn more about our air and moisture barriers, visit our website.