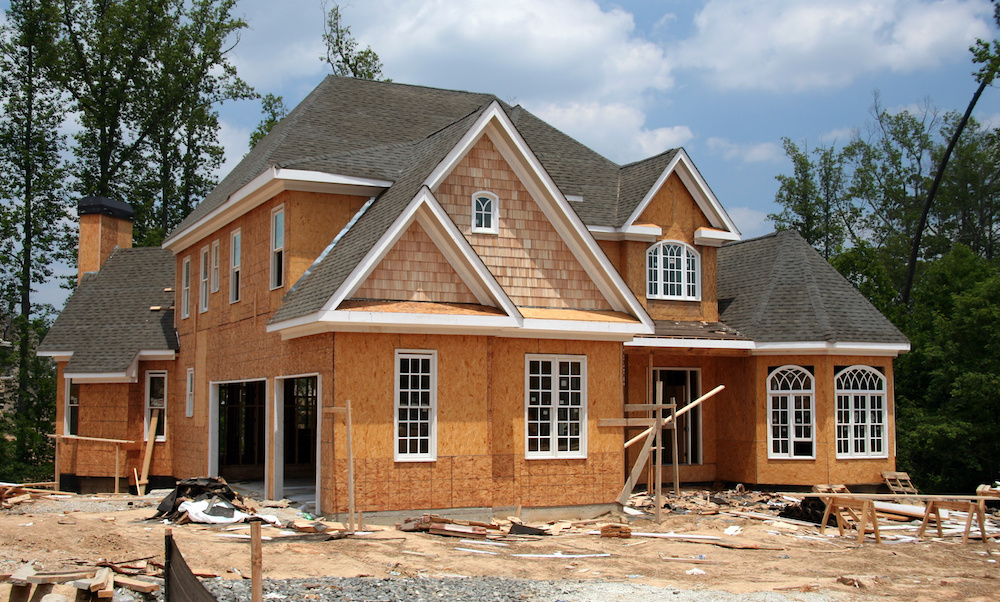 Some of the most important changes include the need for a tighter building envelope, the use of energy-efficient LED lighting, and the installation of more energy-efficient windows. Insulation requirements increase, especially in colder climates where any exterior wall insulating approach must now address thermal bridging through studs. In most instances, this means the use of exterior insulation.

Until the 2012 update, builders could choose to focus on compliance with either the IRC (Chapter 11) or the residential portion of the IECC. Because the 2009 IRC code varied from the IECC code to a degree, some builders gravitated toward the easier-to-follow IRC standards. Now, there is essentially no difference between the two.

The table in the 2012 IECC requires that “a continuous air barrier be installed in the building envelope. Breaks or joints in the air barrier shall be sealed.” The update prohibits the use of air-permeable insulation alone as a barrier.

Also, previous codes made it possible for a builder to select one of two possible compliance methods. A compliant builder was to either follow the IECC checklist or conduct a blower-door test. The updated 2012 code now requires both.

The blower-door test establishes the air leakage rate, which is more strict in climate zones three through eight than in climate zones one and two. Section 402.4.1.2 of the 2012 IECC states that the air leakage rate shall not exceed three air changes per hour zones 3-8, and it shall not exceed five air changes per hour in zones 1-2.

A report in Green Building Advisor suggests that “The 2012 IECC is a significant improvement over all previous US energy codes.” However, it cautions that full enforcement would require additional training for many thousands of local officials and increased budgets for numerous local building departments. As a result, builders will find that the 2012 IECC update is enforced in some jurisdictions and not in others.

However, where compliance is not required, there is still a distinct advantage in following the updated code. A builder following the more stringent performance requirements demonstrates to prospective clients that there’s a desire to pursue progressive green building standards in the industry. Compliant builders have the opportunity to point out how meeting the requirements of the most recent code update results in energy savings and reduced emissions.

DELTA®-VENT SA is a moisture-resistive air barrier that includes the characteristics necessary to comply with the more stringent requirements of the 2012 code update. It is a three-ply membrane featuring a middle vapor-permeable layer sandwiched between two outer layers of the spun polypropylene.

DELTA®-VENT SA is a WRB that minimizes air migration, provides a watertight building envelope and allows for moisture and humidity to escape wall cavities. This addresses the problem of condensation inside wall cavities that potentially leads to mold, mildew and other problems.