The three fundamental issues with stucco – and how to solve them

Stucco has been around a very long time – since the time of the Sumerians about 4,500 years ago… give or take a century. Good luck finding a Sumerian today to ask about the finishing plaster coat they applied over brick that became stucco.

You think after 4 or 5 millennia we would have it figured out. Apparently not. It was easy applying stucco over brick and stone mass wall assemblies. Over steel and wood frame assemblies with gypsum sheathings and oriented strand board (OSB) sheathings, not so much.

Today’s problems with stucco relate to three fundamental issues. First, there is not very much energy going across assemblies due to increased thermal resistance. You would think that this is a good thing. Ah, there is no such thing as a free thermodynamic lunch. Less energy flow, less ability for wall assemblies to dry if they get wet. The more and more efficient the assembly, the lower and lower the drying potential. So, and this should be obvious, as the drying potential is reduced, so must the wetting potential be reduced.

Second, stucco is a reservoir cladding. That means that when it rains on stucco it gets wet. It stores some of the water within it. When the sun hits rain-wetted stucco, some of the water is driven inwards. Think of stucco as a moisture capacitor that discharges in the direction of the temperature gradient. Back in the day, this inwardly driven moisture was easily stored, absorbed, and redistributed when we built out of 1,000-year-old trees and rocks. Not much storage and redistribution available in gypsum sheathing and engineered wood and steel studs.

How can too vapor open be a problem? When a reservoir cladding discharges inwardly, the inwardly driven vapor can easily pass through exterior gypsum sheathing and damage the wall cavity and interior linings.

How can too vapor closed be a problem? Well, that should be obvious. The wall assembly itself cannot dry outwards. But there is an additional issue. With OSB, when it is wetted from the exterior, it is incapable of redistributing moisture within itself as plywood has been able to. OSB is significantly lower in permeance than plywood (Figure 1). Plywood is able to pull water into its structure and wick it away from the point of wetting and subsequently release it both inwards and outwards as it increases in permeance (Figure 2). OSB has none of those properties. With OSB, the moisture redistribution has to happen on its surface. Hence the absolute need for an airspace over its exterior surface (Figure 3).

What is the answer? Actually, the answer is pretty easy. Uncouple the stucco from the rest of the wall. Install the stucco over a vented and drained air gap with a vapor barrier that stops inward vapor drive from that stucco moisture capacitor. Amazing as it seems, using below-grade drainage mats also works above grade. Let’s look at two commercial stucco wall assemblies.

Second, a steel stud wall with OSB sheathing. Same as above. Nothing changes except where the OSB sheathing has a fluid-applied or an integral water control layer.

With a drained and ventilated stucco cladding, the wall assembly can dry outward into the air gap behind the stucco. With a vapor-closed drainage mat, inward vapor drive out of the stucco does not occur.

It gets better. The same approach works behind stone claddings and manufactured stone veneers. 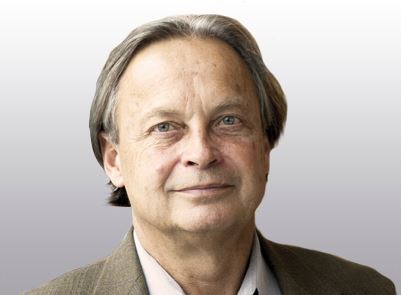 Joe Lstiburek is the founding principal of Building Science Corporation, one of the most influential, innovative, and respected building science firms in North America. Dr. Lstiburek’s work ranges widely, from providing expert witness testimony to overseeing research and development projects, to writing for the ASHRAE Journal. His commitment to advancing the building industry has had a lasting impact on building codes and practices throughout the world, particularly in the areas of air barriers, vapor barriers, and vented and unvented roof assemblies.

Dr. Lstiburek is also an acclaimed educator who has taught thousands of professionals over the past three decades and written countless papers as well as the best-selling Builder Guides. His commitment to education earned him the hailing, “the dean of North American building science” by the Wall Street Journal.