The Importance of Air Sealing: All Insulation Performs the Same with the Correct Air Barrier 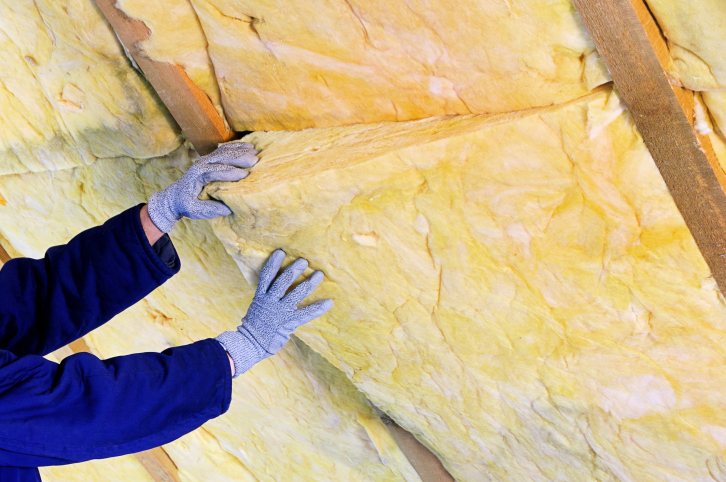 It’s no surprise that a leaky house causes higher energy bills among other things. A new report released by an insulation trade group highlights the importance of air sealing. It says that one type of wall insulation will perform just as well as another as long as it’s installed correctly and air-sealed.

“When walls are constructed to the same R-value and properly sealed, all insulation types perform essentially the same,” said NAIMA in the report.

Air leaks can cause not only a loss of heat but they can also contribute to moisture build up and air quality problems. Closing the unwanted air flow of is an important for the health of a building. Air leaks in walls, roofs, and floors can have a large effect on the durability of a structure because uncontrolled air flow through the shell carries moisture into framing cavities, causing mold and rot.

As the report notes, NAIMA joined with several other industry players, including Building Science Corporation, to develop a replacement for R-value. The new study is actually just one piece of research of in a working report to replace the R-value with another metric for describing thermal performance.

In 2007, Dr. Joseph Lstiburek, a principal at Building Science Corporation, announced that it was time for the R-value to be replaced with a new metric that can factor in more variables of building assemblies and site conditions. Building Science Corporation built a new test rig called a double-guarded hot box with the intent of measuring heat and mass flows. However, testing of the new tool has been going on for years now without any firm conclusions.

“The Thermal Metric Project was initiated in response to renewed focus on building system performance and increasing use of a broader range of building materials and systems,” the NAIMA report notes. “These factors highlight the shortcomings of the dominant thermal performance metric, R-value. Contemporary insulation materials and systems are more or less sensitive to thermal bridging, workmanship (i.e. quality of installation), internal convention and through convection (i.e. infiltration, exfiltration, wind washing and re-entrant looping).”

Despite the new findings regarding the importance of air sealing, researchers still have more work to do in order to find a new metric to replace the R-value. Unfortunately, the report did not include any recommendations for a new metric.

“The results of this research clearly demonstrate that there is no single ‘best’ insulation material and that all insulation materials perform equally well when properly air sealed and installed,” said NAIMA. “This debunks the claims that spray foam insulation performs better than other insulation types.”

Common problem areas for air leaks include access to attics and any air that can enter the building’s envelope. Insulating the envelope, or shell, is not enough to prevent wasted energy, as highlighted by the report. Some measures claim that insulation performance can be cut nearly in half if the area isn’t air sealed first.

The importance of air sealing goes beyond improving the effectiveness of insulation. Air sealing protects buildings from air and moisture buildup which can lead to the growth of mold in the home. Preventing air leaks will not only save on the energy bill but also keep the building in better condition in the long run.