Just Like Your Skin, Your Housewrap Can Get a Burn

When builders think of ultraviolet (UV) rays, they don’t just consider the effects sun exposure has on their skin. They’re also thinking about the effect UV rays have on the homes they build.

UV exposure is a leading cause of damage to “things”—skin, eyes, wood, even your car or the vinyl under your motorcycle seat. And in the case of wood, for example, the fading that occurs when it is exposed to UV rays isn’t just changing the color of the surface; it’s actually damaging the fibers and causing them to weaken.

Back in 2010, NASA even released its findings that declared the amount of UV radiation reaching Earth’s surface has increased over the previous three decades due to “decreasing levels of stratospheric ozone, a colorless gas that acts as Earth’s natural sunscreen by shielding the surface from damaging UV radiation.”

Housewraps are not exempt from UV rays’ wrath. Their exposure to UV rays can result in damage that sometimes appears immediately (you’ll often see the logo faded on housewraps that have been overexposed), but in many other cases it takes longer to show itself—oftentimes, even years later. This damage reduces the housewrap’s ability to protect the house itself.

In an attempt to protect our houses, we clad them in materials that are UV resistant such as metal, brick, and rocks. And when we put housewrap on our roofs, the manufacturer provides us a period of effectiveness against UV rays. Time frames will typically range from 30, 60, 90 and even 120 days. But these numbers are nothing more than U.S. averages.

When you’re building a house in a place like Texas, it’s very different from building one in Minnesota.

The strength of UV rays varies based on geography. UV rays are strongest when closer to the equator because the sun is directly above the equator and its rays travel shorter distances to get to these areas.

Recent studies show that the damage that occurs on housewraps, even though they’re clad later, can still appear later in the life of the home.

I’ve personally seen houses that have been exposed to extensive UV rays during the building process, and when I took them apart 20 years later, they were basically disintegrated.

Why is that? Just as we mentioned the wood deterioration earlier, housewraps are usually made of materials that consist of plastic. Plastic also degrades in the sun.

That’s part of the reason we’re noticing a trend toward UV resistance in building products. Companies like Dörken are incorporating UV-resistant materials into their products to protect from long-term damage. The thing about UV-resistant materials, though, is that they tend to become costly. But if you think you’ve saved on your housewrap, chances are it won’t withstand as much UV exposure.

Dörken has two products out now that contribute to this mission of UV resistance in home building: DELTA®-STRATUS SA and DELTA®-FASSADE SA. Both products allow for long exposure time — DELTA®-STRATUS SA up to one year and DELTA®-FASSADE SA even longer than a year so it can withstand open-joint exposure. These two housewraps can withstand a lot of sun exposure because they’ve been engineered in a way that allows them to act like sunscreen for the product.

Another valuable quality worth mentioning is that they’re also self-adhering. And what does self-adhering mean for builders? Air tightness. We’ll be able to meet new rules for air codes and won’t need to use fasteners. Every time we remove a penetration like a fastener, we’re removing an opportunity for water and air to get through.

Every builder in the South should be considering a UV-resistant product because one that boasts 90-day protection may not necessarily mean 90 days when you’re closer to the equator.

With the industry’s current challenges, such as our reduced labor pool that has caused custom-home builds to take one to even two years to complete, eliminating housewrap challenges by buying a product that can be exposed for up to a year reduces risks and eliminates the damage that can last for the lifetime of the home. 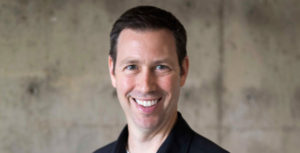 Upon graduating from Grove City College in Pennsylvania with a degree in Industrial Management, Matt began his construction career at NVR in Washington DC.

In 2005 Matt and his growing family relocated to Austin where he started Risinger & Company. Matt is dedicated to Building Science and is a recognized expert & thought leader in the industry.

He also has a large following on his YouTube channel, where you can find videos on installation techniques, product reviews, and everything in between. You can find additional details on Matt on our About the Blog page.