Protecting One of Toronto’s Architectural Gems 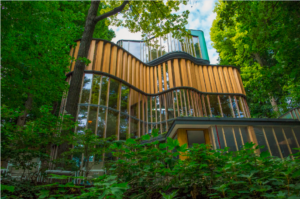 The Integral House is arguably one of Toronto’s most unusual and spectacular residences. Its name reflects the summa symbol (∫) used to represent the integral in calculus; though it is known more simply to many as the Toronto Mansion. The 17,000-sq.-ft. Rosedale home was designed and built in 2009 for esteemed mathematician and calculus textbook author Dr. James Stewart.

Stewart commissioned Shim-Sutcliffe Architects to carry out his visionary ideas that reflected his passion and aptitude for both music and mathematics. Fittingly, as architect Ian Chodikoff once noted, Shim-Sutcliffe used alpha-numeric symbols for a grid based on cardinal points. Because of this, they referred to the curved wall in the house as the summa line; and the Integral House was named. Coincidentally, that very shape can also be found in the f-holes on a violin. 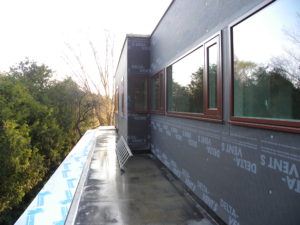 Stewart’s precise specifications included rooms inside of rooms and floor-to-ceiling glass that would allow for uninhibited views of the ravine that the house overlooks. The curvaceous structure pleases the eye and stimulates the senses in endless ways.

The architectural goal was, in part, to fashion an ethereal place for human habitation. On that count, it was an enormous success. Over the years, the home has won several prestigious architectural awards, including a Governor-General’s Medal in Architecture in 2012. The director of the Museum of Modern Art, Glenn Lowry, suggested that it was “one of the most important private houses built in North America in a long time.”

And in order to ensure this unique and important building would provide an efficient, reliable home for both the owner as well as the Toronto arts community for years to come, the materials incorporated into the construction were carefully and thoughtfully specified. Among them, DELTA®-VENT S; a high-performing, vapor permeable air and moisture barrier from Dörken Systems Inc. 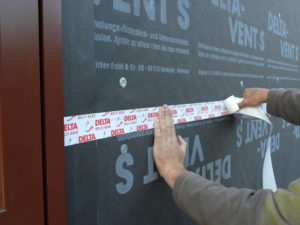 Engineers deployed 23 geothermal pipes to provide sustainable cooling and heating throughout the sizable structure, which operates in an exceptionally quiet manner. The green roof is visible from many points inside and outside the residence. It also significantly reduces the heat island effect one typically experiences within a city as large as Toronto.

The selection of construction materials was also based in part upon life-cycle cost calculations. DELTA®-VENT S was specified by the designers as part of the building envelope to achieve optimal comfort and sustainability. This air and moisture barrier is a three-ply membrane featuring a vapor permeable polymeric core sandwiched between layers of spun-bonded polypropylene, and suitable for all wall applications. The proven performance of the construction materials provides a solid, high-functioning infrastructure around which the visible elements of the home shine.

Arriving visitors see what looks to be a relatively modest, albeit curvaceous, two-story edifice that offers little hint of the five-story façade facing the ravine that runs behind the mansion. The oak-clad wood base rests upon a gently curving, etched glass skin. Solid walls transform into fins that help merge the structure into the forested surroundings. The dramatic vertical white oak slats and posts unite the residence with the mature oaks, maples, and beeches rising from the richly contoured river valley.

As one makes their way through the thousands of square feet of living space, they will encounter an alternation of intimate rooms and large spaces. Complex shapes and endless curves underscore a correlated representation of music and mathematics; a reflection of the passions that inspired and fulfilled the prolific client who originally occupied this spectacular home.

The two-story atrium will comfortably accommodate parties and performances with an audience of up to 200 guests. The living room is one level below the entry area, which includes dining and living spaces that offer additional seating overlooking the performance space below.

The blue glass stairway is a dramatic, noteworthy element of the house that is the result of a collaborative undertaking by a glass artist, architect, and structural engineer. The staircase is a true focal point, a tantalizingly creative mix of hand-blown glass, bronze clips, and stainless steel cables. The translucence of the laminated stair treads allows blue-tinted daylight to cascade through a strategically positioned skylight into the living space below.

As one ascends the five levels, it is evident that throughout the interior, the design evokes the patterns of the surrounding landscape. Just as the darker forest floor gradually gives way to the lighter tones and brighter spaces high among the treetops, so too does the interior architecture transform from darker earth tones to a palette rich in lighter colors. 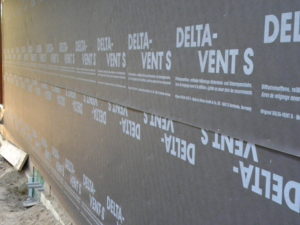 This house is less than a decade old and it already has a rich history of hosting and celebrating art, music, and humanitarianism. Hosting up to a dozen events a year, Stewart held concerts, dance performances, fundraisers, and celebratory events in addition to the tours he would permit for architecture students. The house was also used in the filming of Chantel Kreviazuk’s music video for Into Me.

Though the accomplishments and generosity of Dr. James Stewart are most impressive, the Integral House is quite the showpiece itself. Accolades awarded to this architectural jewel include:

Read more about the air- and water-resistive barrier trusted to protect the landmark Rosedale home here, and click here to see a video tour of the Integral House. 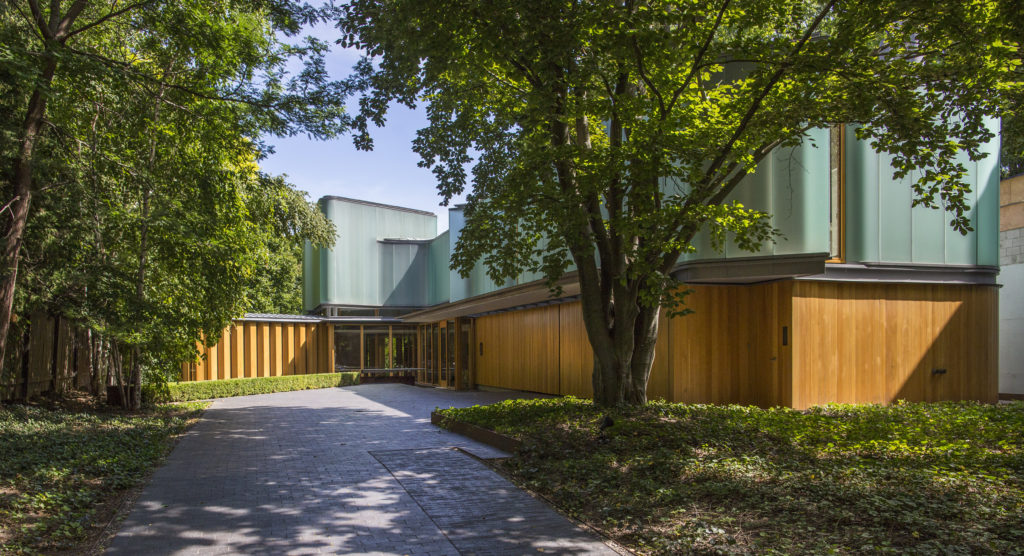