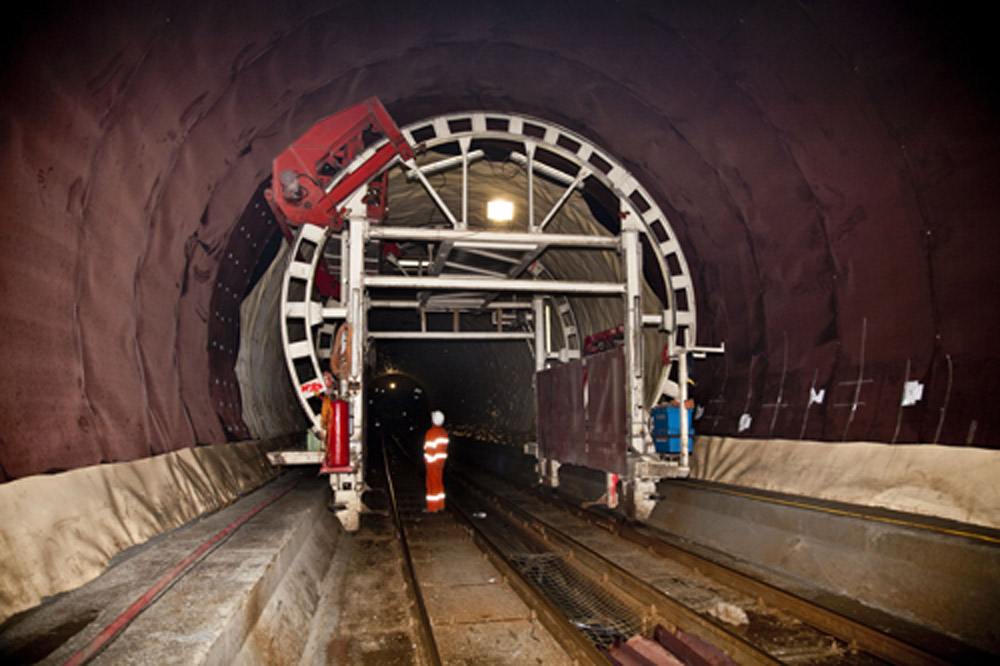 The dream of constructing a tunnel 1.4 miles beneath Switzerland’s Gotthard mountain range arose shortly after World War II. Now, that dream has become a reality. On June 29, 2016 the inauguration of the Gotthard Base Tunnel invoked thoughts of Hannibal crossing the Swiss Alps 2,200 years ago. Of course, this route runs under, not over, the mountains. Numerous EU dignitaries attended the gala affair, including the leaders of Germany, France and Italy.

The 35.4-mile engineering triumph is now the longest and the deepest tunnel in the world. Previously, the longest tunnel was the 33.4-mile Seikan Tunnel in Japan. The monumental $12 billion project was completed on time and within budget.

Swiss residents voted to tax themselves the equivalent of $1,300 for every man, woman and child that are citizens of the country. The new tunnel joins others that crisscross Switzerland’s mountains. In fact, construction of the very first train under the Gotthard mountain range dates back to 1882.

Swiss authorities look to the new underground railroad route to ease truck congestion and pollution that threatens to spoil the pristine Swiss landscape. Regular service will begin in December 2016. The two-way railway tunnel and its supporting infrastructure can handle up to 260 freight trains and 60 passenger trains per day. 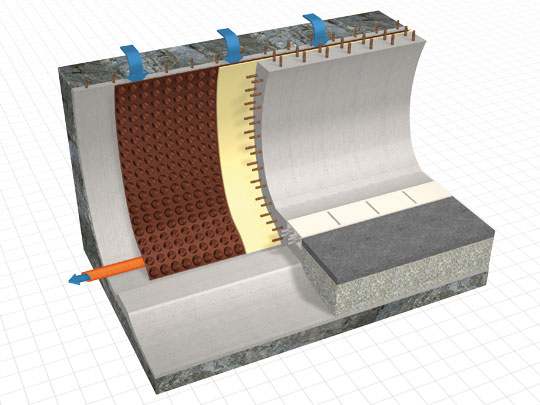 The base tunnel features double-shell construction with a shotcrete outer shell and a concrete inner shell. Between those shells, a crucial drainage layer and waterproofing system continuously drains seepage water and reduces hydrostatic pressure on the concrete shell.

At points where the tunnel burrows under 7,500-ft of mountain cover, geothermal processes send the both alkaline and acidic seepage water soaring to temperatures of up to 45 degrees C.

High Density Polyethylene (HPDE) drainboards used in such a harsh environment must fully retain their integrity for many decades despite unprecedented physical, mechanical, chemical and biological demands. The new Gotthard tunnel is engineered to require no major maintenance for 50 years, so the aging processes of polymeric products must be minimal.

The anticipated challenges for the tunnel’s drainage systems were such that new testing methods had to be developed to address the unique qualities of the Gotthard base tunnel.

The testing was conducted by a third party using standardized ISO International tests and was subject to the approvals process of the tunnel authority.

Dörken (parent company to Dörken) was ultimately selected to supply the drainboards because of their technical expertise and ability to create a product that delivered the longevity and operational reliability needed for up to 100 years.

During years of testing prior to installation, Dörken’s specifically designed and formulated drainboards were subjected to a variety of extreme conditions, including water heated to temperatures up to 70 degrees C. The drainboards were also tested using 50-degree C acidic water containing 0.5 percent sulfuric acid and 50-degree C alkaline water saturated with calcium hydroxide. Oxygen-enriched water circulated at 70 degrees C further tested the durability of the drainboards.

In withstanding the years of extreme trials, the DELTA®-AT 1200 solution proved itself as the drainboards of choice for the Gotthard tunnel.

While Dörken, and its subsidiary Dörken, are leaders in below-grade moisture control for major public and commercial projects, they also manufacture residential foundation products. The DELTA®-AT 1200 drainboards are a specially developed version of DELTA®-MS.

DELTA®-MS utilizes an exclusive, vacuum-formed dimple pattern to create an air-gap between the membrane and foundation. The membrane’s compressive strength offers protection to foundations as much as 12-ft below grade. Any incidental water getting past the membrane readily flows to the perimeter footing drain. It is an excellent alternative to spray-on coatings, because the membrane bridges imperfections like large cracks and gaps in foundation walls.

Dörken delivers innovative, high-performance air and moisture barriers for commercial and residential construction. It is sold under the DELTA® brand name. A North American manufacturer based out of Beamsville, Ontario, Dörken Products, Inc. is a subsidiary of Ewald Dörken AG, a leading European developer and manufacturer of waterproofing and drainage products sold worldwide. Dörken is known for delivering premium products while providing educational programs and full technical support. For more information, call 1-888-4DELTA4 (433-5824) or visit www.dorken.com.