What’s the Difference Between Air Barriers and Vapor Barriers?

We’ve said it before, but it bears repeating: As much as 80 percent of premature building wear expenses are related to moisture in some way. That’s why it’s important to install moisture control methods and to make sure that your building envelope is kept intact and free of leaks.

And in order to make the right decision on which methods and materials to include in your envelope, you need to understand the seemingly simple – yet significant – differences between air, vapor, and moisture barriers.

As our friend Dr. Joe Lstiburek reminds us, confusion on the issue of vapor barriers and air barriers is common. Below we’ve simplified the differences between the types of barriers to help alleviate some of that confusion.

What are air barriers? 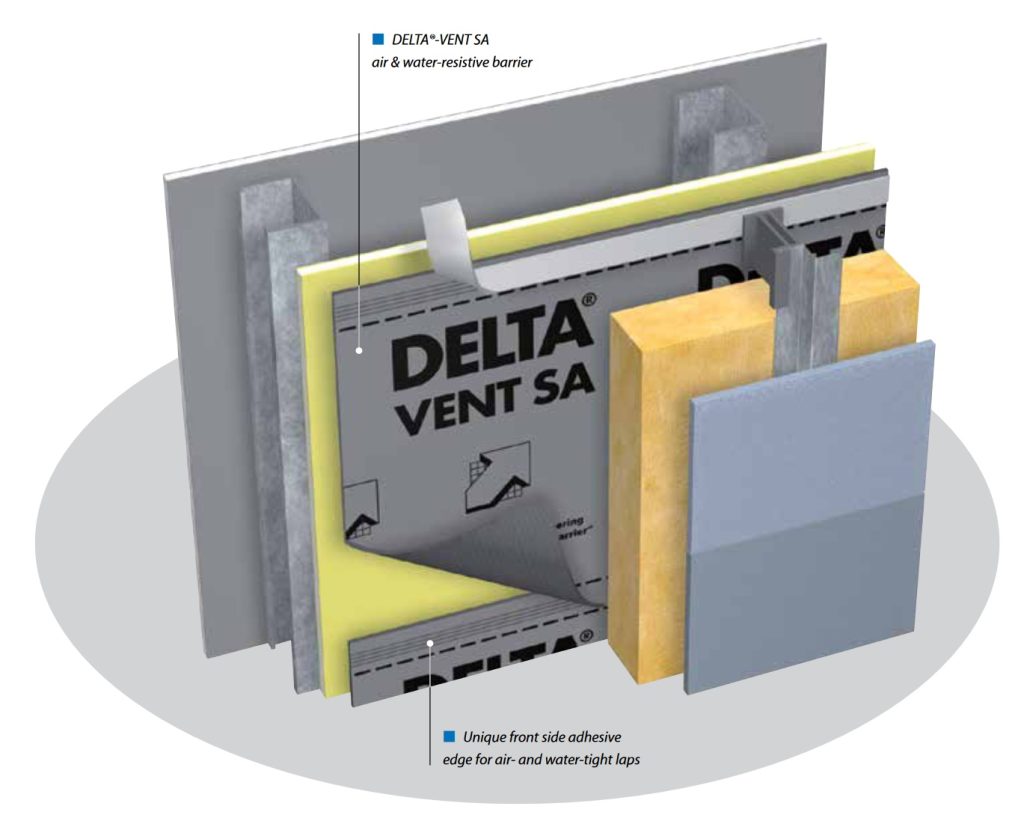 Buildings can never be too air tight. The function of an air barrier is to stop air leakage and resist differences in air pressure, keeping the indoor climate regulated. Essentially, they keep the outdoor air out, and the indoor air in.

An air barrier system should:

While you want to limit the air flow through your walls, the air that does make it into the walls (from the conditioned or unconditioned side) may leave condensation behind when the air goes from warm to cold.

So, making a wall or building as air tight as possible makes sense, but the wall assembly should always be moisture vapor permeable to allow incidental moisture to escape, or diffuse, instead of being trapped and forced into wall materials.

This isn’t always as easy as it sounds. There are several classes of vapor retarders from which to choose.

A vapor retarder, according to ASHRAE, is designed and installed in an assembly to retard the movement of water by vapor diffusion.

What we typically refer to as a vapor barrier is a Class I vapor retarder. But to be classified as vapor permeable, a membrane needs to have a permeance greater than 5 perms, per the ASHRAE Journal, which doesn’t align with Class I Vapor Retarder attributes, requiring 0.1 perm of less. However, the higher the perms, the better vapor can diffuse out.

So, when designing a well performing wall assembly, you should:

Continued reading…Understanding the Difference Between Vapor Barriers and Vapor Retarders

In the words of the “uncontested king of home reno”, Jon Eakes, it’s possible to put the vapor barrier on the warm side of the insulation, without sealing it air tight – as long as you’ve created a continuous air barrier someplace else, in the wall and ceiling.

However, you don’t always have to have a combination of materials to achieve this effect. Some materials come as a combination of these qualities already. It is possible to find a high-performance air and moisture barrier that resists air movement and, in turn, the moisture that moving air would have carried, by increased airtightness.

Which barriers should you use?

Making your building as airtight as possible is an important first step when determining which barriers to use. The more airtight the building, the fewer vapor issues you’ll have.

That said, airflow isn’t the sole cause of vapor issues, so an air barrier is a must, but a vapor barrier can still significantly benefit your building. Now that the differences in functionality and requirements are clear, the question that might be lingering is which material(s) to choose.

Fortunately, there are products on the market that encompass all of these qualities. What’s more, adding the benefit of a self-adhesion only works to improve the performance of a multi-functional air- and vapor-barrier. 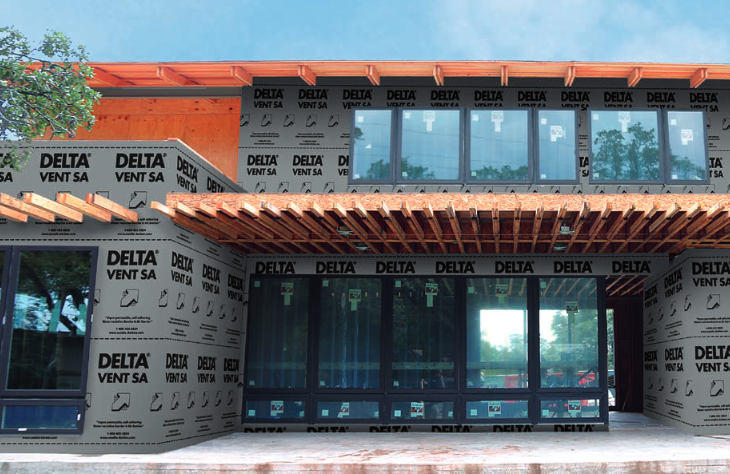 Look at DELTA®-VENT SA. It is a high-performance, three-layer air- and water-resistive barrier that is highly vapor permeable and watertight, offering the benefits of both air and vapor barriers.